Of course, that seems obvious enough. Besides rarity, there are other aspects which can determine a coin’s value. To coin collectors where hundreds and thousands of coins are out there to be acquired, the difference between one coin and another can come down to the smallest detail, and yet can differentiate their values immensely. Mintage/supply, grade/condition, toning, composition, and rare variations/errors are factors within the discipline of numismatics (study of currency) that effect the value, and that coin collectors consider when they seek out rare coins.

If you have a coin and you want to see if it’s a rare coin, checking the mintage and the number of currently available coins is your first step. Mintage is the number of produced coins. Using the economic principle of scarcity, when there is a high supply of a particular coin, it’s not worth a lot because there are plenty to go around. This is why most circulated coins or the change in your piggy-bank tends to be worth nothing more than its face value. The 1921 50-cent coin example is one coin which was in circulation but was taken out and melted down. Its drastic cut in supply made it a rare coin. However, a high demand in spite of a coin’s high supply could increase that coin’s value. This happens when a coin is part of a set or has a mint mark separate from other coins of the same type.

A coin’s grade or condition, next to rarity, is the most important factor when evaluating the worth of a coin. Like anything collectible, a mint condition and well maintained piece is more sought after, thus more valuable than a slightly damaged piece. The American Numismatic Association uses an adjectival scale to grade a coins condition. The key things to look for are a) overall wear and b) loss of design details.

Toning is the discolouration of the coin when the metal reacts with oxygen and chemicals in the air. This obviously is a factor in grading coins, and would be considered a form of wear on the coin. But often toning can add value to a coin because it’s a natural wear, and to some collectors this is an appealing quality. The key word is “natural”. As soon as you touch it with your bare fingers, scratch at its surface, or even try to restore its original colour, the value of it drops tremendously. (Tip: Never touch the sides of rare coins. Always hold them on the edge with gloves).

A coins composition or metal content can also determine the value of a coin. Most coins are made with copper or nickel or a combination of the two metals (bimetallic coins), but higher-end specialty coins and bullion coins are made with precious metals such as gold, silver or platinum. For obvious reasons, precious metal coins are worth a lot and have guaranteed investment value. Sometimes, a coins composition adds that rarity factor. For example, during World War II, Canadian nickel was reserved for the war effort, so the five-cent nickel coin was made with tombac instead. Even though tombac is not an expensive metal, the variation in its metal composition made it a sought after coin by collectors.

Rare variations and errors make coins extremely valuable just because they are unique and there are so few of them (again the principle of scarcity). Rare variations could be limited edition coins that are made to commemorate an event or person, or a difference in the mint mark or design in a particular year. Then there are extreme rare variation coins such as the Canadian 1936 “dot” penny made in the final year of King George V’s reign. A miniscule dot was placed below the date on the reverse side of the coin. Only three versions of the coin are known, and have been auctioned at around $250,000 USD. 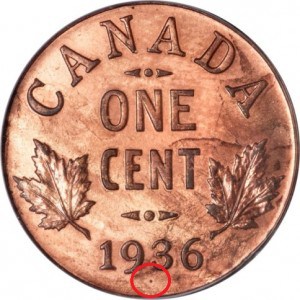 Errors are mistakes in the design when technical difficulties occur during the minting process. Coins that slip through this way are some of the rarest coins. The American 1937-D three-legged buffalo nickel is a famous coin because the die (imprint on the coin) was over-polished, wiping out one of the buffalo’s legs. 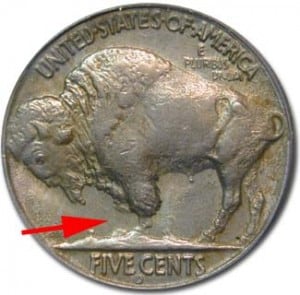 You might have realized that I have left out Age as a factor of value. Of course the age of a coin adds value, but it’s no guarantee that an old coin is worth a lot except its face value. The other factors above have higher priority to collectors, unless it’s an ancient coin.

Other reasons why a coin could be so valuable are up to the collector. Coin collections and themes play a part in determining if a coin is valuable or not. Each collector looks for little subtleties or details such as country, year, mint marks, variety or limited edition coins, subject or heritage coins, personage coins, and period coins such as coins made during an empire or a king’s reign.

Then there are collectors that are more interested in the aesthetic design than its grade or rarity. Sometimes we forget that artists are designing the coins we hold in our hands, or the commemorative coins that come out each year. 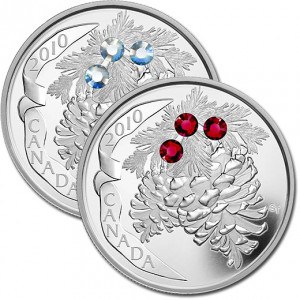 Of course, aesthetic design could be how a coin was worn down or toned a particular way, which makes for added uniqueness. Naturally blackened Victorian pennies, which have only the most raised surface showing the underlying copper, meaning the head is clearly presented.

Historical significance is one of the most popular reasons we collect coins. Haven’t you found an old coin—a coin older than you—and imagined where it had been up until you found it? Geoffrey Cope, a writer at CoinWeek.com, said: “Art in the form of coins is not only what we study but the emotion when we hold a piece of history.” I have a German mark from 1871, the year the German states unified into a single nation. It’s in Good (G) condition, an old coin, but millions were produced. However, it’s the historical significance that matters me, and holding a piece of history like that, the emotion I feel, is much more valuable than dollars and cents.