Understanding British hallmarks can be a tricky task. This article will hopefully put some of that confusion to rest.

The first thing you need to know is that you will be looking at a series of five symbols if the piece was manufactured before 1999. If it was manufactured during or after 1999, it may only contain three symbols, with the inclusion of the other two being optional.

What the symbols are and what they mean:

This mark indicates the item’s silver content. Without one of these marks, the item is most likely plated. There are 13 potential purity markings, depending on the purity as well as the city of origin. 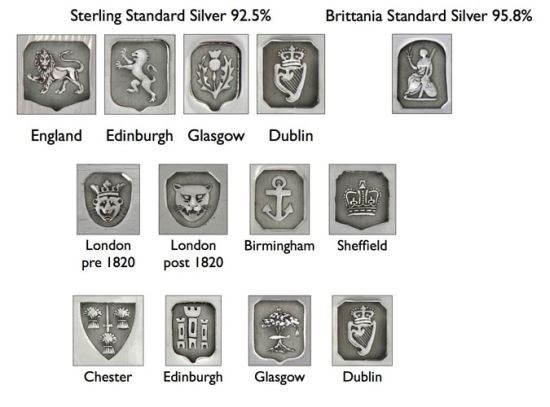 The Lion hallmark is the most common silver stamp. Here are some variations:

This mark is exactly what it says, as it states the city in which the item was manufactured. There are far too many to list here, but some common symbols include:
• The Leopards Head- London, England
• The Crown- Sheffield, England
• The Anchor- Birmingham, England 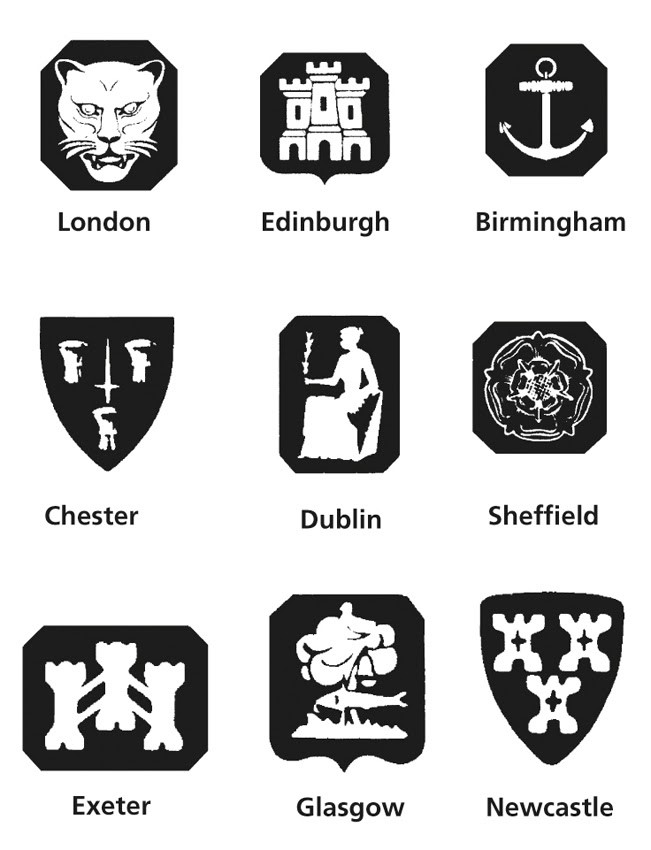 In 1784 the duty mark was created to indicate that a tax on the item had been paid to the crown. The mark used was a profile portrait of the reigning monarch’s head. This is one of the marks that is no longer mandatory as it was abolished in 1890. 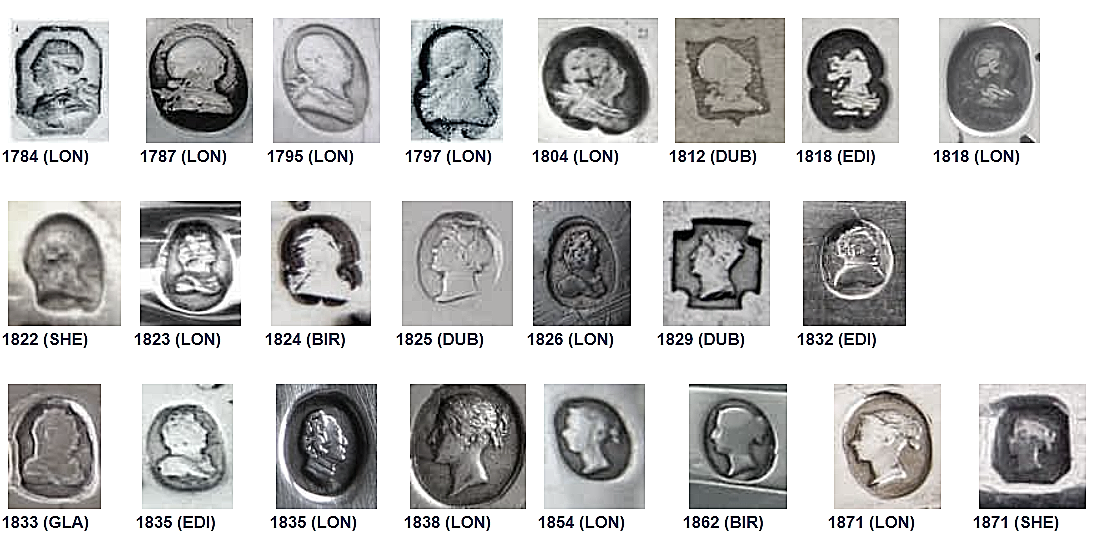 The date letter is a letter that will indicate when the item was manufactured and assayed. This letter system was created all the way back in 1470. For example, the date letter for our current year 2020 is a lowercase v. 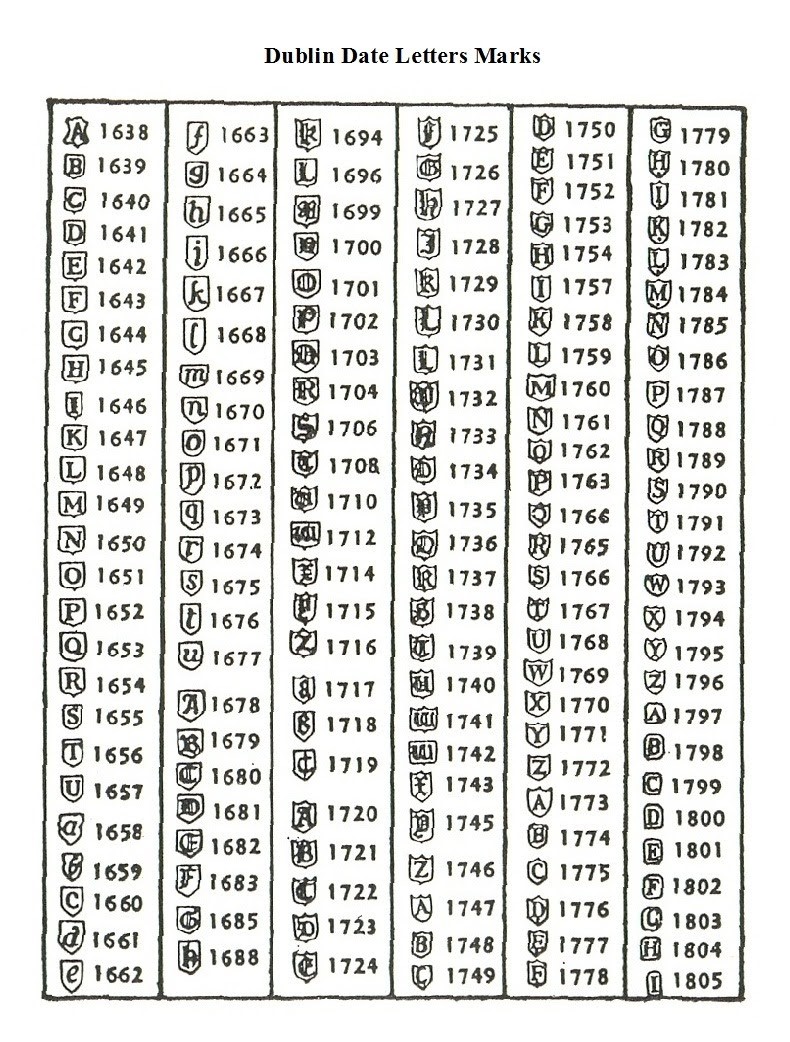 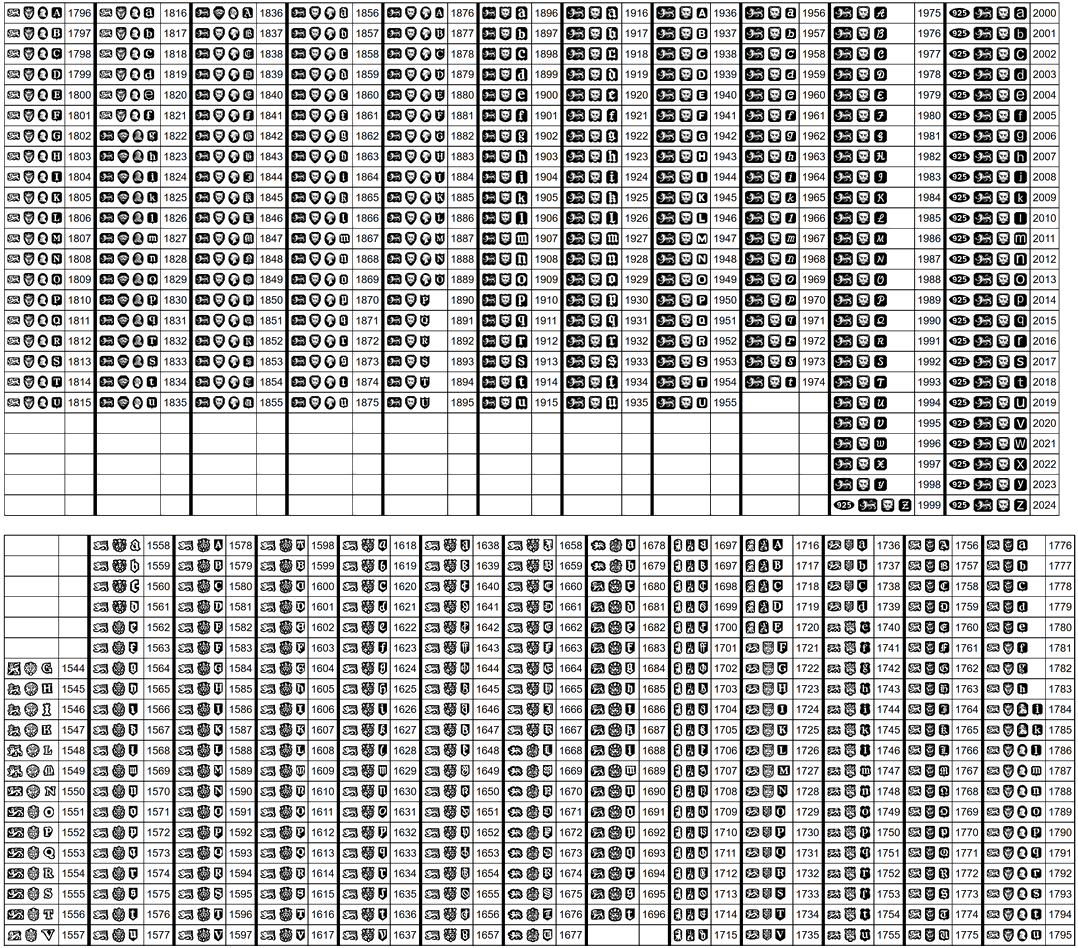 The maker’s mark is akin to the manufacturer’s signature, giving credit to their work. It is two initials to signify who made the product. This mark was instituted in 1363. Its purpose was to prevent forgery.

The images below show examples of what the 5 marks look like sequentially on a piece of flatware: 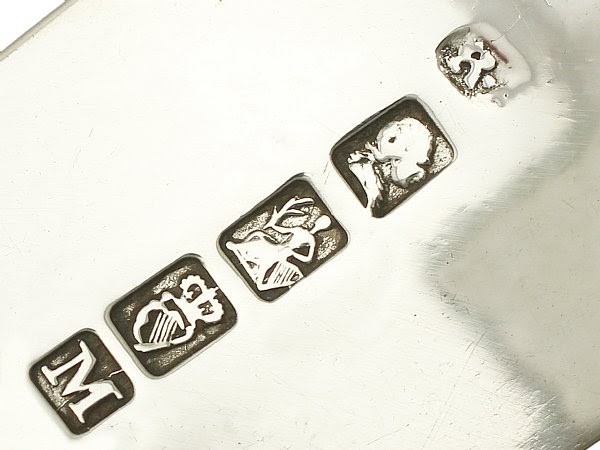 If you’re considering buying silver made in the UK, you want to be sure you’re getting the real deal. After all, you don’t want to be spending money on anything less than authentic. With the above handy tips, you’ll be able to properly identify the hallmarks on British silver pieces.